Cocos Divine is like a breath of fresh air for your body and mind. A unique, holistic health and beauty concept was developed, which meets the special requirements and high demands of women. A composition of innovative natural ingredients has been synergistically combined by making use of the UR-Vitality² SNP® principles. This with the goal to achieve maximum effectiveness and successful results. Regardless of whether you want to start the day with energy and vitality, or you seek an effective solution for your BMI management, a strong immune system, or the health, structure and function of your skin is important for you. A tasty and invigorating Cocos Divine Drink in the morning is your trustworthy partner. Feel and see the difference! 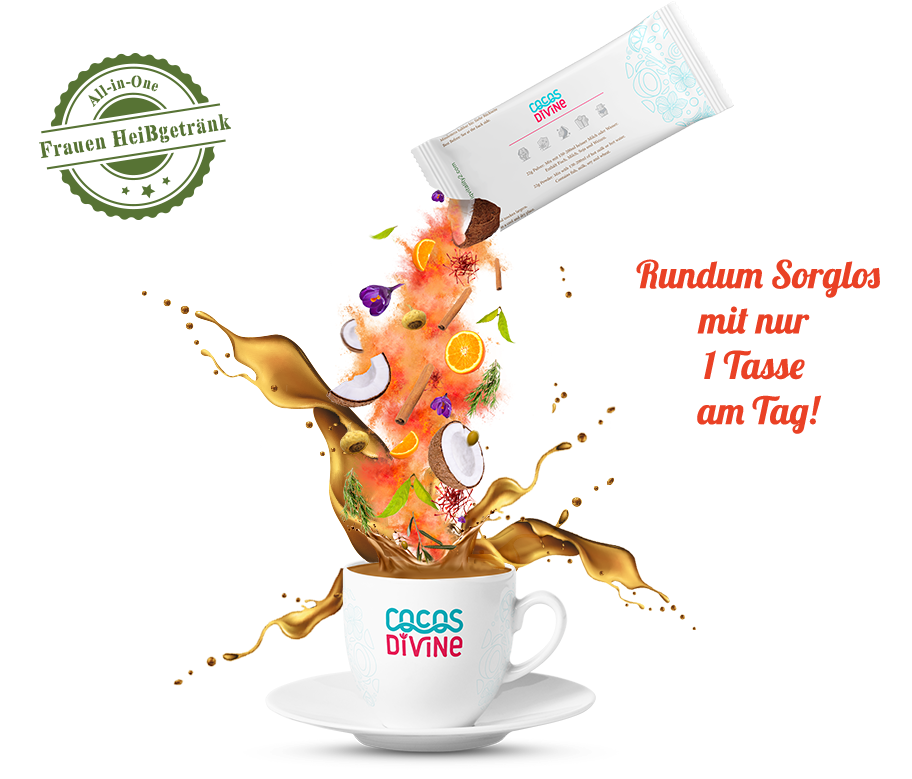 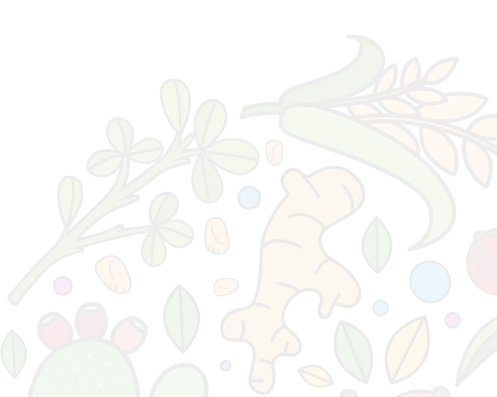 What is Unique Cocos Divine

Cocos Divine is a unique health and lifestyle concept in many ways. As a hot drink in the morning, with such an abundance of herbal active ingredients and vitamins, this dosage form is something very special. Many of the ingredients have been optimized for bio-availability and effectiveness through patented manufacturing processes. When selecting the active ingredients, it was particularly important to us that the effect was proven in clinical studies and not just following a trend or marketing strategy. The result is a great tasting drink that has been developed with strong focus on a novel form Chronobiological BMI management and energy metabolism. It further provides a wide range of health and beauty benefits. Cocos Divine sets a new standard and can with a clear conscience be called unique 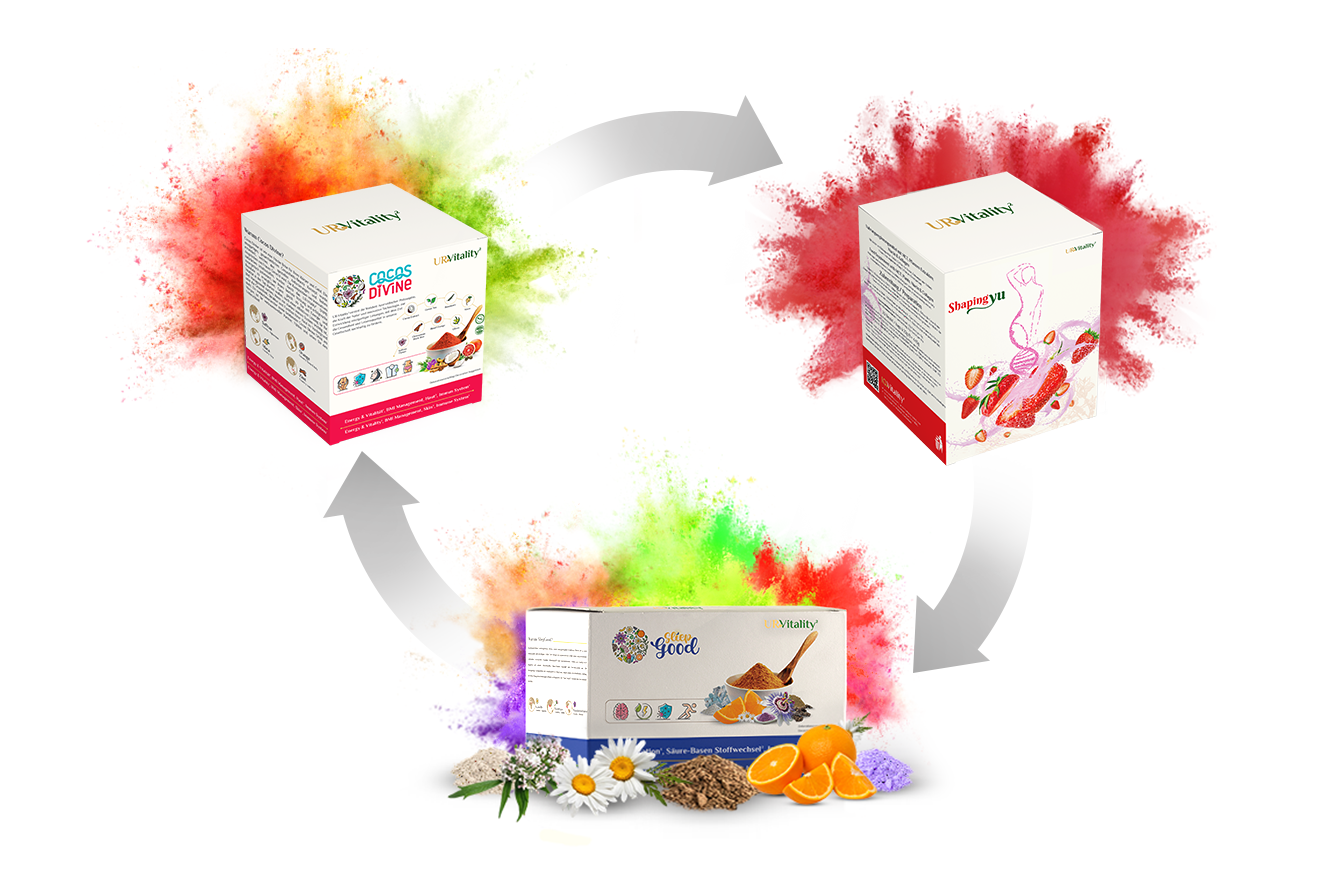 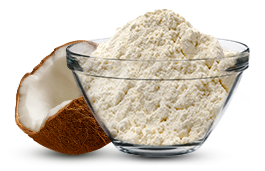 MCT (medium chain triglycerides) were extracted from the coconut. Our immune system is an energy robber, just like our brain. Our little grey cells use up to thirty percent of our total energy expenditure. When our nerves are under-supplied with energy because our immune system chronically combats inflammation, we become weak and grumpy. We feel tired. MCT oil is unique in its effect. There is no other food that can produce ketogenic energy for our nerves, organs, and muscles so quickly. MCT oil balances out energy lows effectively. 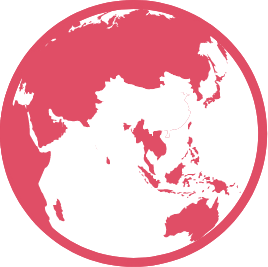 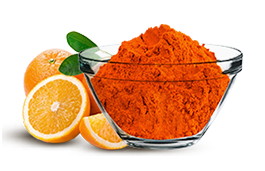 The blood orange extract in Cocos Divine is a clinically proven composition with a stimulating effect on lipid metabolism and counteracts the accumulation of adipose energy stores¹. With the inclusion of an innovative extraction process, the synergetic mechanism between the entire occurrence of bio-phenols is ensured. Studies conducted suggest that the breakdown of fat cells and the inhibition of fat accumulation in the body are due to this synergistic mechanism causes through the interaction of the bio-phenols. 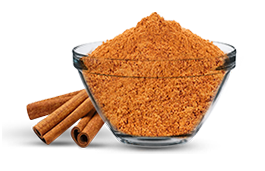 Historically, cinnamon was once more valuable than gold. Traders got to know the special property of cinnamon to give many dishes a unique aroma. Gold, on the other hand, was much easier to obtain. The active ingredients in cinnamon, such as polyphenols, have an enormous breadth e of positive properties. In Ayurvedic health, the antibacterial and antioxidant effects are primarily considered. Based on an ORAC value of (267,536) ⁶, cinnamon is in 3rd place among the active ingredients with the highest capacity to neutralize free radicals. Studies suggest that cinnamon, for example, can also help protect the heart by lowering triglycerides and lowering cholesterol⁴‘⁵ 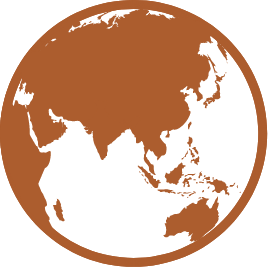 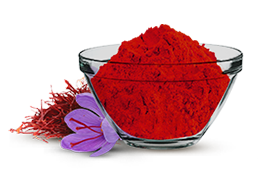 Saffron has been known for its mood-enhancing and antiseptic properties for over 4000 years. In the past decade, however, another very promising hunger-reducing effect of saffron has been demonstrated¹. Through the ability to suppress hunger and create a positive contributing to a successful weight control, Saffron is an ideal partner for effective weight management. 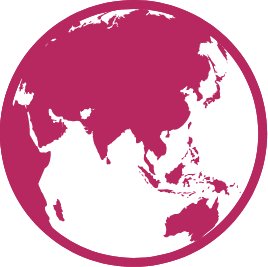 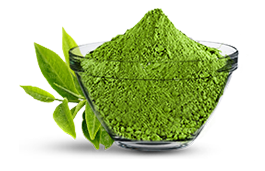 According to tradition, the consumption of green tea goes back around 5000 years. ShenNung, the Chinese emperor followed his habit and drank a hot cup of water like every day. By chance, a flower of the "Camellia Sinensis" got into his cup and prepared for him an unknown but soothing taste. Before the drink was available to everyone, as it is today, it was only made available to influential and wealthy people. Today, green tea extracts are used more and more to support the energy budget and weight management. 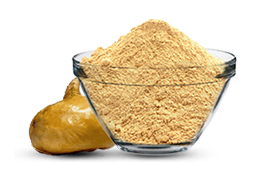 Maca is often referred to as Peruvian ginseng by the locals. Maca grows for the most part in the Andes in Peru at an altitude of over 4000 meters. The extract from the Maca root has been used for centuries in countries in South America and Asia to strengthen and protect health¹ in connection brought. Maca Extract is mainly used as a natural stimulant, energy donor and performance booster, without the well-known caffeine Crash². Maca is also said to have a mood-enhancing and stress-reducing effect². Recent studies increasingly showed the positive effect of maca on concentration and memory³. 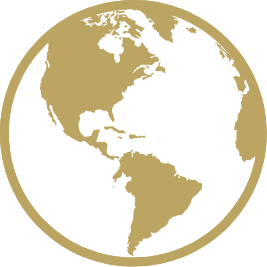 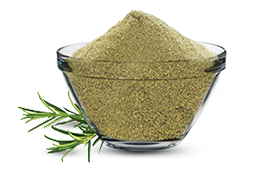 Rosemary was already cultivated by the Romans and Egyptians in ancient times and played a major role there, especially in many celebrations and ceremonies. In Germany, rosemary caused a sensation primarily because of its healing properties and was therefore used by monks and monasteries in the early Middle Ages e.g. cultivated in many monastery gardens. Current studies focused on the antioxidant effects¹ of rosemary and the positive influence on memory². 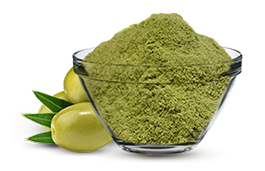 For centuries there have been myths and stories about the olive tree and its tasty fruits. Even the Romans, Greeks and Christians associated pleasure, joy and health with olives. The history of olive growing can be traced back to ancient times. Already the Hebrews, Egyptians, Greeks and Romans knew the olive tree. The olive was one of the most important foods in Crete as early as 6000 BC. At the Olympic Games in Greece, an olive branch served as a symbol of victory. The large number of antioxidants such as oleic acid, which can lower LDL cholesterol and thus make a positive contribution to hardening of the arteries, is particularly beneficial for health. In addition, there is oleuropein, which can widen the arteries. The EFSA has also confirmed the positive properties on the cardiovascular system through the polyphenols and hydroxytyrosol (HT) contained in olives.

Proof of effectiveness in clinical studies

Clinical studies show amazing results when taking orange extract (Moro, Citrus sinensis). After only 12 weeks, a significant effect can be seen, especially in the area of ​​weight reduction and partial hip circumference in the test subjects *.

“With the current Situation around the Virus Infections, combined with the upcoming Winter seasons, I was really concerned about my health and especially the health of my family. I have a full time job with two kids and I was searching for an effective solution to strengthen the Immun System for me and my partner. We learned a great deal from UR-Vitality about Immunity and efficacy of the ingredients. Now it is just normal for me and my partner to have 1 shot in the morning and 1 in the afternoon and to know that we are walking the responsible way to do something extra to protect us and others.”