Ayurveda is a complete healing system designed to provide you with tools and practices that you can use to create health on a daily basis using your innate healing ability. That way, you can thrive physically, emotionally, and spiritually. Ayurveda comes from ancient Eastern philosophies that describe the nature of reality, the “laws” of the natural world (of which we are part), and how we can use the principles of nature for healing. Although some religions are based on the same philosophies, Ayurveda is not based on any religion, and people of all religions (or no religion) can benefit from an Ayurvedic lifestyle for optimal health.

The three dosas:
the key to your individual nature

Have you ever wondered what actually makes people different? Why are some people hyperactive and moving fast while others exude grace and silence? Why can some people effortlessly eat a five-course meal while others can barely finish a salad? Why are some people naturally happy while others carry the weight of the world on their shoulders? Modern genetics offers some insight, but what about the traits and quirks that make each person unique? Ayurveda answers all these questions with the three doshas: Vata, Pitta and Kapha. 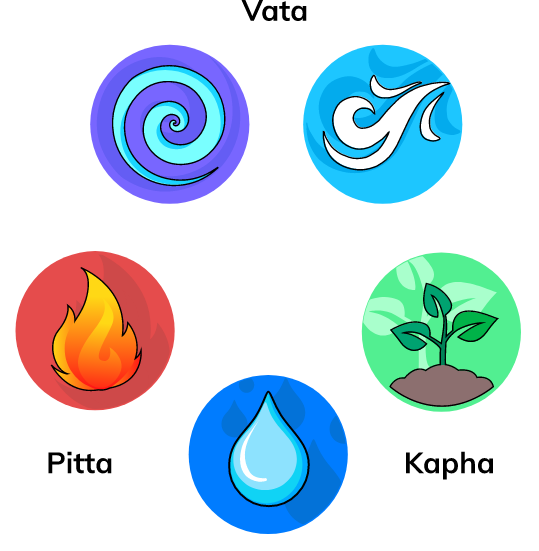 Elements of the three doshas

Ether is the highest element before air. It is a very subtle element and is also called AKASHA and SPACE. After ether, air is the second element. It arises from the AKASHA (ether). It is also called VAYU.

Vata is a combination of these two elements. Vata is also subtle, so its presence can only be felt or proven through its actions in the body.

In short, Vata is responsible for all functions of the nervous system.

The doshas are biological energies that can be found throughout the human body and mind. They control all physical and mental processes and offer every living being an individual blueprint for health and fulfillment.

The doshas are derived from the five elements and their related properties. Vata consists of space and air, Pitta of fire and water, and Kapha of earth and water.

A person with a predominantly Vata constitution will have physical and mental qualities that reflect the elementary qualities of space and air. Because of this, Vata types usually think fast, are thin, and move quickly. A Pitta type, on the other hand, has properties that reflect fire and water, such as a fiery personality and oily skin. A Kapha type is usually of firm build and a calm temperament that mirrors the underlying elements of earth and water. While one dosha predominates in most people, a second dosha typically has a strong influence. This is known as the dual-doshic constitution. 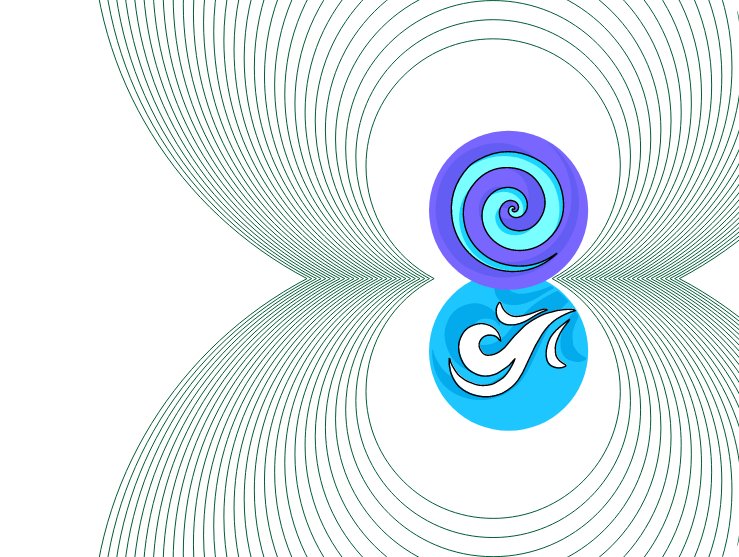 Pitta is a body humor (Dosha) that represents warmth, fire and energy in the body. Biologically, it is a combination of energy and fluid. Energy acts as an active ingredient and fluid plays a role as a vehicle. All metabolic processes in the body take place due to Pitta elements. Pitta breaks down the Kapha molecules (complex substances) into simpler ones and then releases the energy. The Pitta word is derived from TAPA and means warmth, energy or fire. It consists of fire and water.

Fire stands for energy and comes after the VAYU (air) element. Generally it can be felt through heat in the body. You may have felt warmth in your body a few minutes after eating, and your body temperature increased slightly as your metabolic rate increased. According to Ayurveda, this is due to PITTA. It supports digestion and metabolism in the body. Deep, it is due to the energy element in the PITTA. Fluid in PITTA acts as a vehicle and aids in the action of energy in the body.

Pitta functions begin with digesting food and converting it into energy for use. It controls the catabolism and the breakdown of complex molecules into simple ones. This process also releases energy. It checks the anabolism induced by Kapha.

Kapha is a structural manifestation that represents mass and is responsible for form and shape. Biologically it is a combination of liquid and soil. Kapha molecules are complex molecules in the body that provide stability, strength, firmness, and attachment to cells in tissues, tissues in organs, and organs throughout the body. From a biological point of view, all cells, tissues etc. are made up of Kapha, but its composition can have different proportions of liquid and solid elements.

Our body consists of around 50 to 70% water or liquids. 2/3 of the body water is intracellular fluid that is present in the cells. One third of the body’s water is extracellular fluid that is found outside the cells. These fluids represent the JALA manifestation in the body and in KAPHA. The massive structures such as bones, muscles and solid mass of other organs represent the PRITHVI manifestation in the body and in KAPHA. KAPHA fluids also act as a vehicle for PITTA and keep VATA under control.

Kapha is responsible for anabolism and the formation of complex molecules, so it works in the opposite direction to Pitta and checks the catabolism it induces. 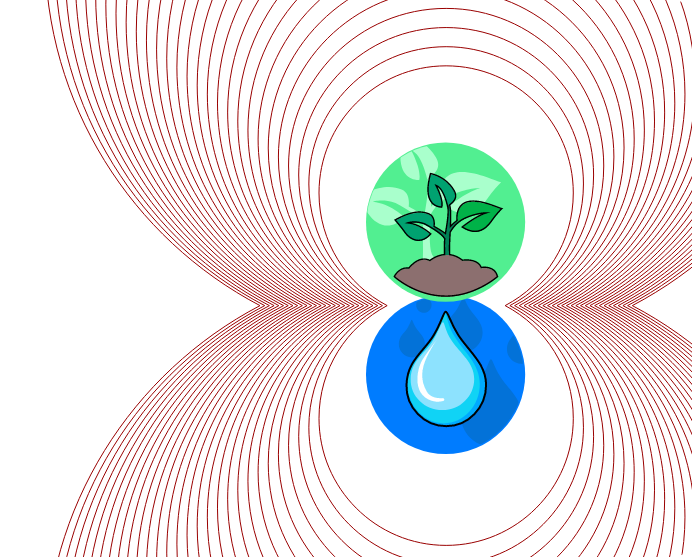